Evil Harold Hutchins is the evil alternate universe counterpart of Harold Hutchins. He is the primary antagonist of the eighth book Captain Underpants and the Preposterous Plight of the Purple Potty People

He is voiced by Winston Bromhead in the eighth Sound-O-Rama audiobook.

Evil Harold Hutchins first appeared in Captain Underpants and the Preposterous Plight of the Purple Potty People, and he, Evil George, and Captain "Blunderpants", all tried to destroy Good George, Good Harold and Crackers the pterosaur. Later, they had to create some kind of diversion while they unleashed their sinful-scheme. "What's this little thing?" Said Evil George. He pressed the button on the back of the miniature Goosy-Grow 4000. Suddenly a beam of energy shot out of the tiny contraption accidentally zapping Evil Sulu, who was tucked inside Evil Harold's shirt pocket. "I think we found our diversion". Said Evil George as he zapped Evil Sulu again. Later "Mini-Evil George", "Mini-Evil Harold", and Captain "Blunderpants" got sent back to their own alternate universe where they won't be able to bother anyone ever again.

Like his friend Evil George Beard, Evil Harold is evil. Unlike the Good Harold, he is the more bold and daring of the pair similar to how the good George is in the main universe.

Unlike the Good Harold from the main universe, he does not wear a t-shirt. He instead wears a white shirt and red tie, similar to George Beard. 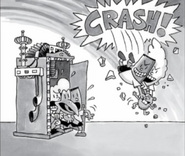 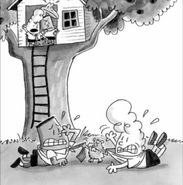 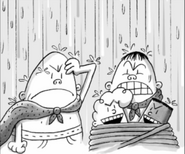 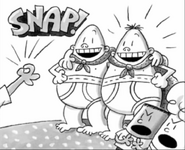 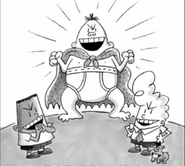 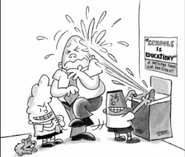 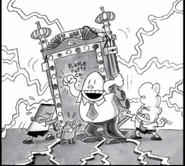 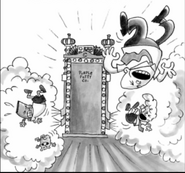 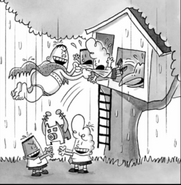 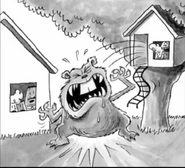 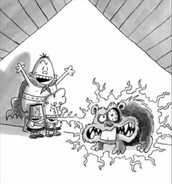 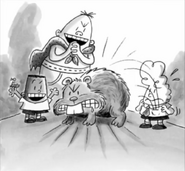 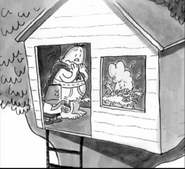 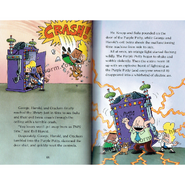